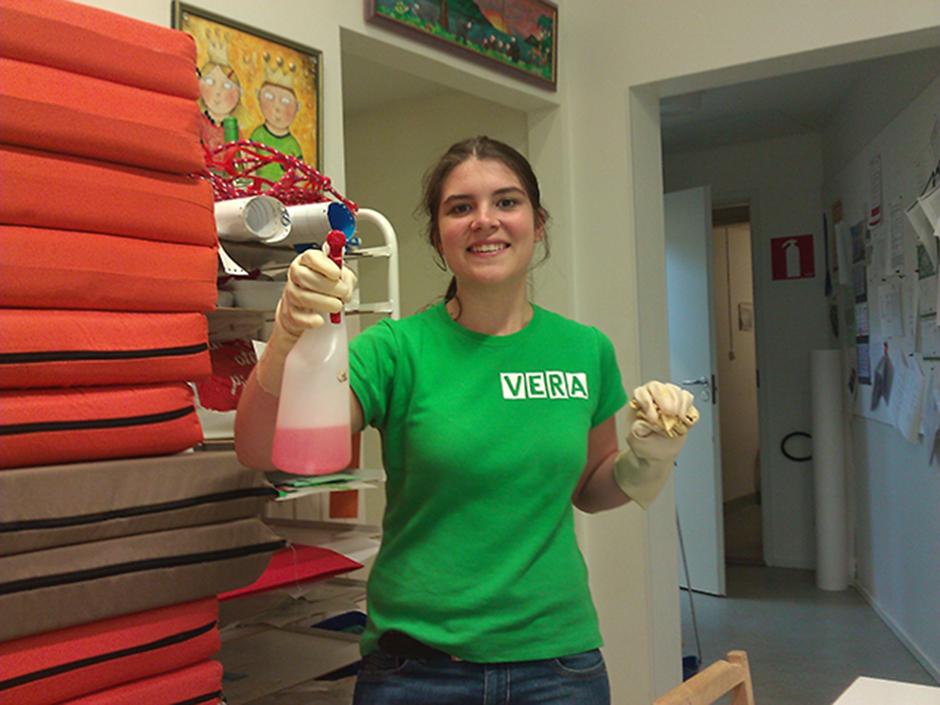 Thinking about that it is now already one year ago that I left my home in Germany to volunteer in Kotka, Finland, makes me feel really strange. So many things happened during these twelve months, overall very full of experience.

I was a volunteer in The English Kindergarten of Kotka. Kotka is a city in the Southern Finland, situated about 2,5 hours away from the capital of the Finland, Helsinki. Kotka is quite a nice town with a shopping centre, cinemas and a museum.

“So many things happened during these twelve months, overall very full of experience.”

The kindergarten was divided into four groups beginning with the under-three-year-olds, ending with the six-year-old preschool kids. Some of the kids attended the kindergarten because they had native English-speaking parents or relatives whereas others were there because their parents are interested in them learning a second language quite early.

Most of the teaching was held in English, for instance the morning-openings where every child was introduced by name, the weather and the date were discussed and the number of children present was evaluated. But of course, English was not used all the time because there is not much sense in talking to toddlers in English, and also kids who did not have any background in the other language sometimes had problems in understanding English.

“After starting my voluntary work period at the four- and five-year-olds group, where I got along with English quite well, I was thrown into the cold water: to the group of younger kids.”

After starting my voluntary work period at the four- and five-year-olds group, where I got along with English quite well, I was thrown into the cold water: to the group of younger kids. Now, in retrospective, I think that is one of the best things that could have happened to me, especially thinking of my Finnish language skills. When I tried to speak Finnish with the young kids, they were really patient with me. If they saw I did not understand something, they would repeat it as long until I got it right. For me, a person who learns a language better through speaking than somebody explaining me three hundred different grammatical rules, it was the best that could have happened!

Nowadays the number question among the questions I am asked if I tell someone I spent a year in Finland is whether I can speak Finnish. To this I can proudly answer: “Kyllä, puhun suomea. Puhun päiväkotisuomea, mutten vanhempien ihmisten suomea” [Yes, I speak Finnish. I speak the Finnish spoken in the kindergartens but not the Finnish of older people] and enjoy the totally confused look on the face of the person asking me the question.

“It was totally new for me to work with toddlers. I was glad to always have an eye on them, and it made me unbelievable happy when I understood their needs when they spoke to me in more or less understandable Finnish.”

There are also other things I learned in my workplace. First of all, it was totally new for me to work with toddlers. I was glad to always have an eye on them, and it made me unbelievable happy when I understood their needs when they spoke to me in more or less understandable Finnish. In addition, I learned things that might be really useful for my life as a mother some day. For instance, dressing a child up while it is sitting in your lap all the time, changing its diapers, calming it down so that it falls asleep, are skills I am sure I will really profit from some day. Volunteering gave me the chance to learn all those things in a safe and calm environment with the chance to make mistakes to learn from. I think this is an opportunity you will not get anywhere else: trying things that might be useful in your later life without any pressure.

It was also very nice when I was able to give back. It was such a nice feeling when I, the German girl, was able to show my Finnish host family how to make out of potatoes a dish they had never seen before. My host mum even asked me for the recipe afterwards. So the exchange which is an aim of the ICYE program was definitely given for me.

This, combined with the chance to get in touch with a new culture and a language, makes volunteering a unique chance I encourage everyone to take. The profit you take for yourself and the things you can give to others are amazing. So, people: go abroad and make yourself and others a wonderful time!

Vera
ICYE volunteer in Finland in the season 2012–13