The end of the international volunteering period often marks a new phase for the friendships which have begun during the stay: it’s time to connect across countries. Two pairs of friends tell about their friendship and about staying in contact mainly through digital channels.

Jaishrre and Annika: Northern Lights and Friendship at a Training Camp

Six and half years ago, Annika Reinholm and Jaishrre Dhanjani met and became friends in Finland. They both had travelled there for Erasmus+ European Voluntary Service (nowadays known as European Solidarity Corps Volunteering), Annika from Estonia and Jaishrre from Spain. 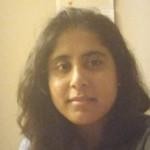 “We met in Helsinki from where we took a bus to our onarrival camp. Annika seemed very lively, energetic and interesting to me, so I wanted to get to know Annika.

With Annika everything seems like an adventure. During our volunteering time in Finland, we used to roam around. Annika was the spice of my experience, we had so much fun! It seemed we were in our own world and always laughing! And, by the way, Annika made our first Northern lights experience a bit scary by scaring us all the time. Hah!

We both have changed, but it seems that our friendship has not. I wish we could see each other. Before Covid, it was like always making excuses. Now we want to visit each other, but there’s Covid.

I hate distance relationships but I love talking with Annika. I have learnt from Annika two very, very important words we tend to forget: be yourself. I keep those in mind and heart. Whatever happens, I know that Annika is one of those friends in the globe that I can always count on.” 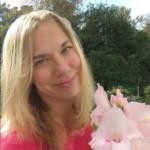 “I remember meeting Jaishrre at Maailmanvaihto’s camp for volunteers. In the night, we went to the meadow and forest next to the camp center to watch revontulet (Northern lights). We went there with Jaishree and other volunteers. It was pretty scary, but at the same time a lot of fun. Jaishrre was the one who kept up our good mood. It was an amazing experience!

We keep in touch on Facebook Messenger and through voicemail and videos. Distance friendship is possible, but both have to do hard work and keep in touch. It doesn’t matter how big the distance is, the important part is that you two areconnected and can trust each other.

I think Jaishrre is just like sunshine and makes people laugh and have a good time.  There is a good quote about that: smile is the best medicine. I learned from Jaishrre that regardless of what has happened in your life, you have to stand up, keep smiling and move on. Never lose your positive side and thinking. You have to keep hoping that one day everything will fall into the right place.

I am sure that no matter what we still keep in touch and one day meet again.“

In 2013, Karoliina Kupari was ICYE volunteering in Ecuador and Silko Mergenthal travelling there. Their paths crossed and a friendship began. 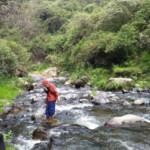 Silko, who nowadays lives in the Netherlands, tells:

“I was traveling in South America for eight months and traveled to a little town called Collaqui in Tumbaco, Ecuador, to help build an eco house. We got along very quickly and spent time together during my entire stay. We even went hitchhiking together.

Nowadays, LinkedIn is the only channel through which we keep in touch… just kidding. We have called each other through Telegram. We have also occasionally whatsapped to each other which is very easy and quite natural for people in our age group.

I have visited Karoliina in Helsinki and she visited me in Nijmegen in the Netherlands when I was studying there. During that time, Karoliina set me up to meet her friend who was living there, too. I think people don’t change that much, only circumstances do. We have planned to visit each other again after the pandemic.

From Karoliina, I learned to love Helsinki when I visited the city. Karoliina showed me around and I met new people through her. I miss Karoliina’s unique laughter. Laughter and joking around is like medicine. I guess our sense of humour and passion for travel is what connected us in the first place. 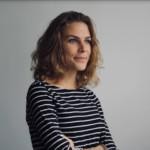 “I met Silko in the town where we both lived in Ecuador. I think Silko made a lot of friends and learned Spanish super quickly thanks to his outgoing personality.

Time has made our communication more infrequent, but we have visited each other’s home countries during the years and followed each other on social media. It is nice to see how the other is doing now later in life. Silko just graduated from university.

It’s not the same over digital channels, but I like how social media reminds you of the people that are there, even though you haven’t seen them in ages. Whenever news come up from Germany, Silko pops up into my mind. Silko has followed Finnish politics after we got to know each other. When Silko hitchhiked through Sweden and Finland, he stayed at my place in Helsinki.

I guess the meaning of friendship is the friendship itself. It’s very fulfilling to catch up and notice how the same person is there, even though life runs on its course.

I think Silko is super funny and always in a good mood. He is very interested in current events of the world and keeps himself very updated. He is also brave and spontaneous.

I think knowing people from around the globe is super life enriching. Even though you see and contact people who live far away much less than with those who are nearby, you always know they are there.”

Often volunteers form friendships with a bunch of people: other volunteers from around the world, host family, support person, mentor, people met through hobbies… This spring, Maailmanvaihto offers two forums to keep in touch with people met while participating in its volunteering programs:

The article has been published in the magazine MaailmanVaihtoa – Volunteers’ Voices 1/2021.