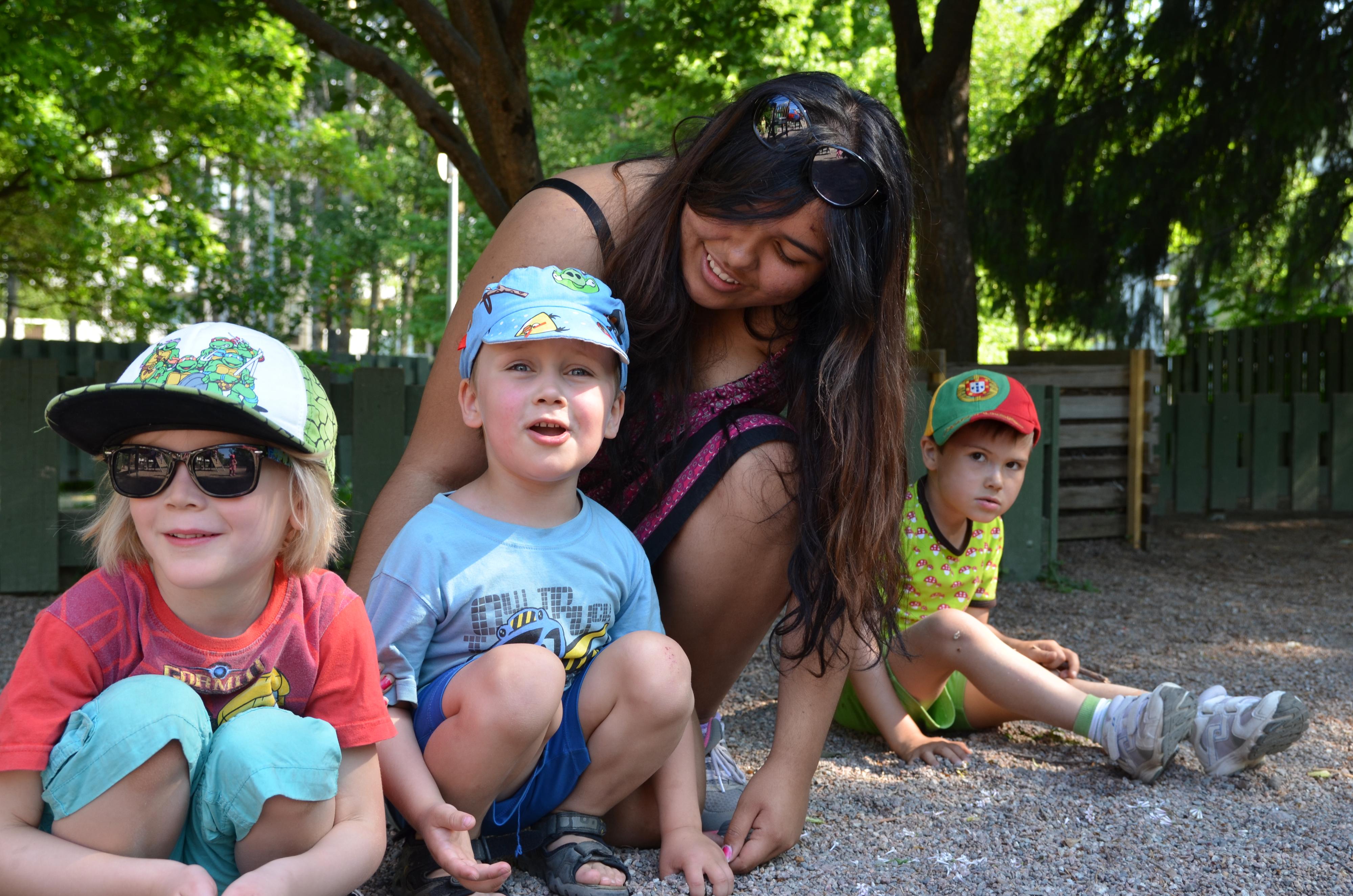 Isaura Hernández Navarro arrived to Finland from Costa Rica in January 2013. For the past year she has been living in Vantaa and working as an ICYEvolunteer in a Finnish kindergarten. What does a regular day in Vantaa look like from a Costa Rican point of view?

Last year I was living my regular life in Costa Rica: waking up early for school, doing homework, seeing my friends. But then I got an opportunity to make a change and to experience the world; I decided to come to Finland as a volunteer of the ICYE program.I can still recall the feelings I had on the very first day – it was a really big change. When I arrived in Finland in January 2013, the temperature here was around -15 degrees. When I had left from Costa Rica, it had been about 26 degrees…

The temperature and the snow are among the first impressions you get, those that immediately read you to think how different things seem. But the real challenge starts at the volunteer project. In my case, I chose to volunteer in a kindergarten located in Vantaa. It is called Illusia Ilmaisupäiväkoti, and it is a private kindergarten focused on developing children’s abilities through music and arts.

“Soon I also realized that sometimes only a little percentage of the communication is verbal – most of it is actually body language.”

The first days in a new environment are always a bit confusing. One of the confusing things was the language: it is an interesting part of the Finnish culture, and hearing it during the first weeks when understanding only little was really fun. It was one of the exciting challenges. Soon I also realized that sometimes only a little percentage of the communication is verbal – most of it is actually body language.

As the time went by, I started to get to know my coworkers and the children in the kindergarten. It was still winter and my days started to get more exciting: there I was trying to ski and skate with the kids, enjoying the first winter months I had ever experienced.

During this year, my perception of a regular day has slowly changed. Now I wake up in the morning, and in about 45 minutes I’m at my workplace. I see my co-workers who greet me with a huge smile and a nice “huomenta” (”good morning” in Finnish). After that I often go out to the yard and take part in something the kids are doing – running, for example. Then, before lunch, we usually have some special activities for the children, divided in groups by age.

“During this year, my perception of a regular day has slowly changed.”

Pretty often we also go on small trips, for example to the library, to museums or to the forest nearby. The trips are always full of learning experiences, and often I’m as excited as the kids. Then it is already lunch time… the children help us with it, and it is interesting to see how independent they are already in an early age.

After lunch there is time for a break and a well-deserved nap. After some well gained rest the day continues with games: mathematics, puzzles, Legos or even role plays. There is always some time reserved for getting to know the kids, their abilities and preferences; very often we also have conversations about the new Transformer characters, Finnish cartoon series or even about choosing the nicest hair colour for a doll in a colouring book. It is interesting to see in real life how does a personality start to develop. After the games we finally have some “välipala” or snacks for the afternoon, and then it is time to get dressed and go outside to spend some energy before going home.

“I have now been in Finland for almost 11 months; learning, experiencing and living in the Finnish environment. I have learned so much, not only about the traditions and ways of life of this country but also about myself.”

I have now been in Finland for almost 11 months; learning, experiencing and living in the Finnish environment. I have learned so much, not only about the traditions and ways of life of this country but also about myself. Being on your own teaches a lot you did not know before. Being here has been one of those life experiences I would not change for anything else.

Today, the facts that I do not get lost in my neighborhood anymore or that I can communicate with the kids at work and express my ideas in another language feel really rewarding. Finland has given me many experiences that I will treasure for the rest of my life. I’ve also met not only new friends, but people I could call my family.

So, at the end of this period, I’m asking myself: what will a regular day be like in my new life, after this? New experiences will come, but wonderful memories will remain.

The text has been published in the magazine MaailmanVaihtoa – Volunteers’ Voices 4/2013.

Isaura took part in Finland in the ICYE voluntary program in which the participants volunteer for 6 or months. The aim of the volunteer periods is to advance intercultural understanding.