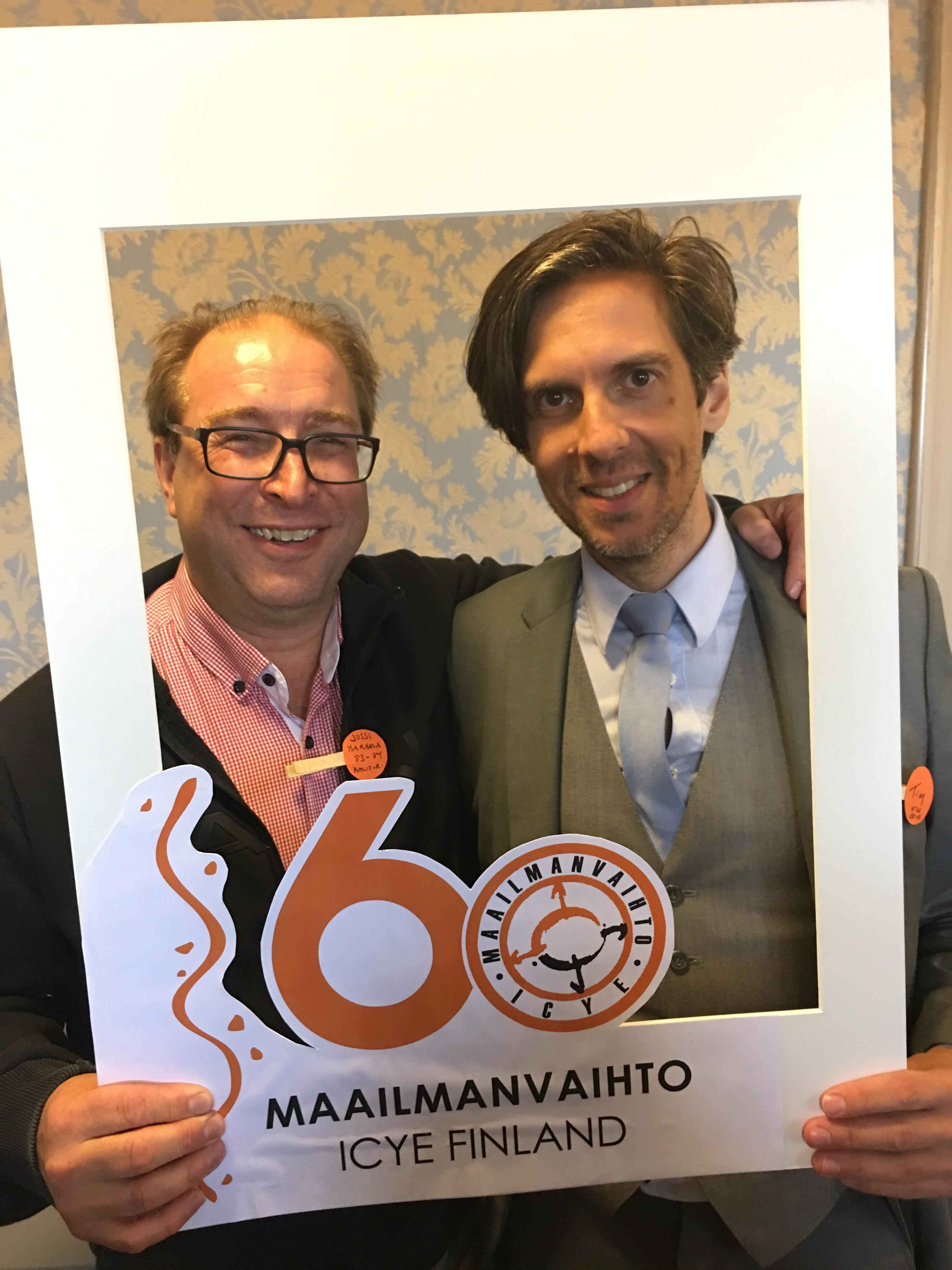 The speech of EVS volunteer Tim Dielties at the 60th anniversary year celebration of Maailmanvaihto.

I came here in 2000. Back then, I was a child of the 1970’s from Belgium. As an 18-year-old from high school, you were supposed to choose the university or degree and stick with it for the rest of your life. That was the mentality in 2000 in Belgium, sort of. I think it was a bit different already here in Finland but maybe Belgium was a bit more old-fashioned: you choose a degree and you go from high school to the university without a välivuosi [gap year], without taking a bit of time off.

So, here I was an 18-year-old, a bit stuck I suppose, because there are a lot of questions for a teenager, choosing something that you are going to do for the next fifty years. I did what I was supposed to do: I went to study car mechanics for three years and with that degree, I worked for half a year and realized it was not for me. Then I heard about ICYE and in more particular about EVS, European Voluntary Service.

”I made them clear that for me it is Finland. I did not give them other choices – or I think I gave them Sweden, because if I would go to Sweden, I could take a boat to Finland.”

I think we were supposed to give three options for countries you wanted to go to, but I was bit of a stickler: I had visited Finland two times before and I wanted to come back, but not as a tourist. So, I made them clear that for me it is Finland. I did not give them other choices – or I think I gave them Sweden, because if I would go to Sweden, I could take a boat to Finland. But anyway, it was Finland or nothing for me. I got what I wanted because nobody wanted to go North, everybody wanted to go South.

I ended up in a very nice host family. I think I was a bit of a naïve youngster, maybe I should have appreciated them more. I really enjoyed the nursery I was at.

One anecdote that I have is related to the Christmas: For decades, in my family we started on 24 December at six with a dinner and kept on eating and eating until it was midnight and party time. So, here I am in Finland with my first host family and we start the dinner on the 24th of December. At nine or ten o’clock I feel there is time for a little siesta because there will be another two or three hours to go, so I go upstairs for a little nap. After fifteen minutes I come back downstairs and all the lights are off, everybody has gone to sleep.

”You know how it goes. That this EVS and ICYE in general are a bit like Willy Wonka’s golden ticket.”

Eventually I went to another host family and finally to Jussi [who was present at Maailmanvaihto’s 60th anniversary year celebration] who sort of made me to have this speech – so I think we are even now. You were my favorite host family.

Then I decided to stay. I had been here on holiday before and now I wanted to make a bit more contribution. I went to study in the social field and I, very easily actually, found a job in the same field as I was qualified to work a kindergarten teacher. After more than ten years in English, I have now enjoyed for two or three years Helsinki city in Finnish. And I am still here.

I feel a bit like I am preaching for the converted. You know how it goes. That this EVS and ICYE in general are a bit like Willy Wonka’s golden ticket. For me who was stuck in this car mechanic business, it was an easy way out. When I was looking for new directions for the future, I found this great opportunity.

So, I want to thank everybody involved in EVS and ICYE, it has been a lifeline. Thank you.

In Maailmanvaihto’s 60th year anniversary celebration Tim (on the right) met with Jussi, his host family member in 2000.